With the season of labour strikes rampant at the moment it is difficult for many businesses and individuals to be positive about the manufacturing sector. There are so many knock-on effects that come into play if one sector downs tools.

Take for example the some 30 000 auto workers that went out on strike demanding at least a 14% pay increase when inflation is only at about 6%. Employers have offered 8%, which in my book is a fair offer, but this could be open to conjecture depending on your viewpoint. At the time of going to press the three week strike had not been resolved at most of the seven car manufacturing companies across the country.

However, the cost of the strike for just the manufacturers has been reported to be in the region of R20 billion already. This is not taking into account the long term cost to the auto industry internationally. But it is all those companies and individuals that feed off the auto industry, whether they are component suppliers (foundries included), transport companies or marketers and those that service these companies, that really suffer. Then there are the workers themselves who will take years to make up the money they have lost while on ‘holiday’. I sometimes wonder if the Union bosses really think of all the consequences of their actions?

In between there is positive news coming out of the industry and this issue is a great example of lifting our spirits. Government has published a notice whereby the local industry is to benefit from preferential pricing of 20% on ferrous and non-ferrous waste and scrap metal. There are arguments for and against the ruling and the ruling has been challenged. I don’t take sides but I will equate it to the rhino debacle we have. Enforce stronger and longer jail terms, take away the high price for the rhino horn and the incentive for the poachers will diminish. Likewise reduce the price of scrap metal for the informal collectors, enforce the paperwork and suddenly we won’t have so much theft.

Then I have the story whereby the SAIF has been instrumental in setting up the Gauteng Foundry Training Centre. This could be a gem for the foundry industry and the forerunner for more of these centres around the country.  I implore the industry in the Gauteng environs to participate and not let it falter like the Western Cape training centre.

Other stories include Lusafrica Founders investing in the company, a new graphite milling and bead plant for Fochem, the titanium pilot plant that has been established, and there is the possibility of a new steel plant in which the government wants to see an increase in competition in the steel industry and ultimately lower input costs for a host of industries.

There are a number of other positives happening in industry that are still on the drawing board and if they come to fruition they will certainly be worth reporting about. 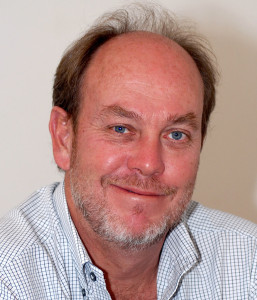