Industry stalwart John Zandberg passed away on the 13th June after spending the whole of his working career in the foundry industry. John Frank Zandberg was born on 29 March 1940 and continued to work in an industry that he loved and cherished up until a few weeks before his passing at the age of 75. 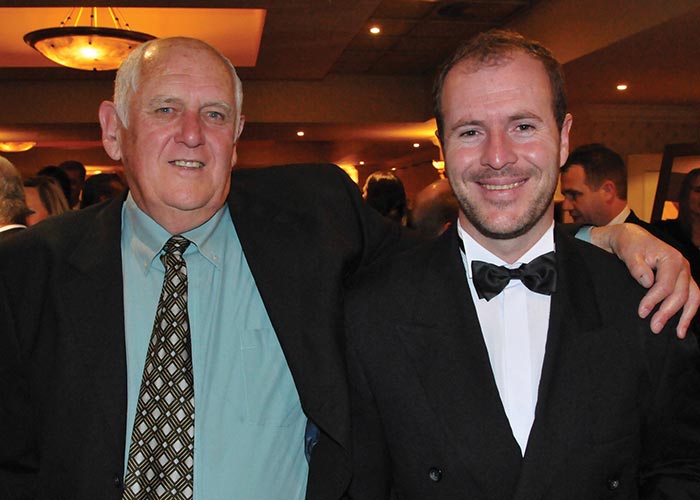 “It is wonderful to think that a man who had close to 60 years experience in the foundry industry would still be so enthusiastic, passionate and willing to share his knowledge about an industry that was not always kind to him,” continued Warren.

“Dad grew up in Kimberley in a very poor environment and attended school as often as possible, even though he had long distances to travel daily. Due to circumstances he left school at an early age and followed his brother into the foundry trade at 16 years old. Before long he qualified as a moulder.”

“During his early years in the industry Dad worked at a number of foundries that no longer exist but were vibrant foundries back in the day. During this time he passed on skills and knowledge to many artisans, and became well known for his artistic skill and natural ability to mould complicated components from small to very large.” 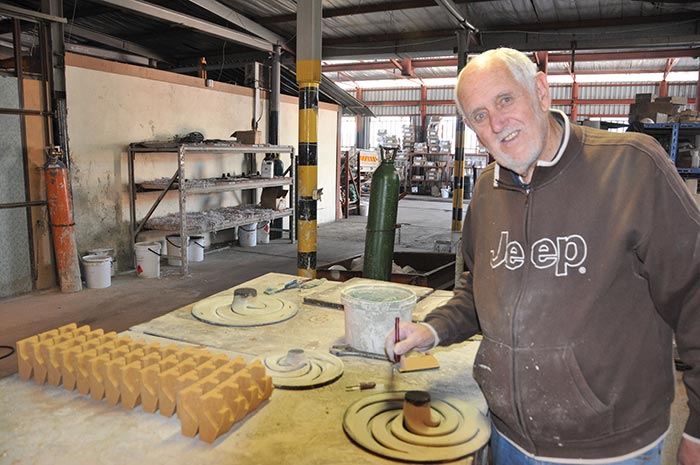 John Zandberg working at what he was passionate about

“Dad worked with all grades of metal from non-ferrous through to all irons and steels and had a depth of knowledge and skill for the lost wax process, Petrobond, green sand, cold box, furan, alkaline phenolic, sodium silicates and heat bonded moulding mediums.”

“Dad was not one to brag about his knowledge and accomplishments. However I must relate an experience whereby in the 80’s he went for an interview at a start-up stainless steel foundry, which he subsequently joined. He grew with the foundry and was directly related to it’s success from an operational performance perspective, and boasted an exceptionally low scrap rate, very short lead times and casting quality of the highest standard available in South Africa at the time.”

“Because of his passion for the foundry industry Dad was always driven to reach higher levels of productivity, accepting nothing less. He was approached on numerous occasions to work for competitors but his loyalty drove him to continue growing with the foundry, and he became a professional in impeller core making technology and productivity.”

“The company was later sold and eventually went through ownership and management changes through the years. Dad was eventually paid off for grievances against him from his team for demanding maximum results from them. He was subsequently unemployed for three years during which time he started his own pancake outlet and managed to provide for his family.”

“The same company was then sold again and Dad re-joined the business with renewed passion and was given a line of his own to run in the foundry. The line was set up by Dad, together with his team. It was reported that in the time that he had this line he drove productivity to record levels, and even after his departure from the company years later the mould production levels were never matched again.”

“Dad’s health then began to deteriorate but he continued to work in a foundry, passing on knowledge to anyone working closely with him, right up until a few weeks before he died.”

“Besides his passion for the foundry industry Dad was also a dedicated family man and loving father. He certainly passed on a huge amount of invaluable knowledge to me. The South African foundry industry has lost a man that contributed greatly to innovation, and his contribution and passion for South Africa will not be forgotten. He will be sadly missed. Dad is survived by Mum (Arlene), my sister Natalie and our children.”