President Cyril Ramaphosa made special mention of investments in the steel, energy and creative arts industries when he announced pledges worth R1.14 trillion that have so far been made over the four years of holding the annual South African Investment Conference.

Speaking in Johannesburg at the end of this year’s conference, Ramaphosa said 80 projects had been pledged, translating to investments totalling R330 billion.

Some of the pledges made in the steel and manufacturing sectors included a consortium of French companies, represented by the French South African Chamber of Commerce and Industry, committing R50 billion in what they said were a number of sectors in the economy, including energy; Scaw Metals investing R2 billion to expand its Wadeville plant in Ekurhuleni, Gauteng; Velocity Ventures from United Arab Emirates investing R470 million in an aluminium and steel plant in Gauteng; and a Chinese company building a R300 million steel plant in Thaba ’Nchu in the Free State.

The specific mention that Scaw Metals is investing R2 billion to expand its Wadeville plant in Ekurhuleni, Gauteng is the puzzling factor because Scaw Metals, as it used to be known, does not exist anymore. 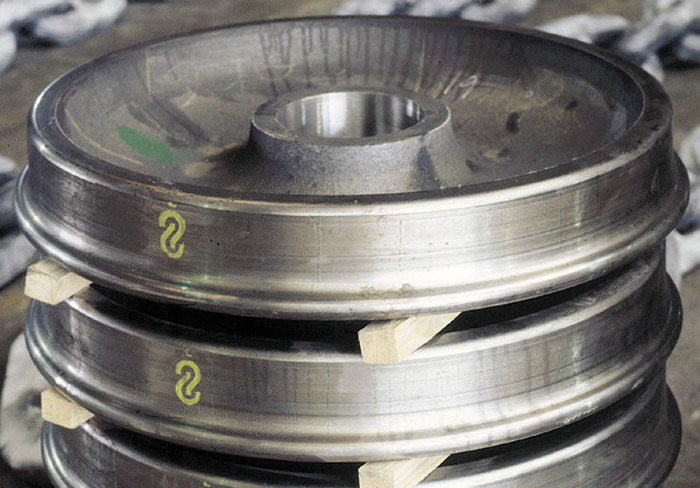 The Germiston facility of Cast Products South Africa (previously known as Scaw Metals) is also known as the Union Junction Works. This facility comprises a number of units. Besides the specialist foundry manufacturing rail freight wheels there is a further foundry and a machine shop on site. In 2016 Cast Products South Africa commissioned a new R160 million high-volume moulding line manufactured by Omega Foundry Machinery

Scaw Metals was split up into three different entities according to the business areas they operated in. In March 2018 the Industrial Development Corporation (IDC) and Magotteaux International S.A. announced that they had reached an agreement on extending their partnership regarding Grinding Media South Africa (GMSA). The Scaw Metals Group already had a long-term relationship with Magotteaux, as the company had been manufacturing high chromium media under license from Magotteaux for over 30 years. At the time GMSA was a newly created company that had been spun out of the Scaw Metals Group, an industrial group that the IDC had a 74% stake in. The IDC was part of an investment consortium that had acquired Scaw Metals in 2012 from Anglo American plc when Anglo American plc had decided to disinvest non-core assets.

The partnership introduced Magotteaux as a Strategic Equity Partner in GMSA and was part of the
state-owned IDC’s announcement of the restructuring of its steel subsidiary Scaw Metals into three standalone entities that are now made up of GMSA, the foundry division Cast Products South Africa, which is owned by Amsted Rail, or so we were led to believe but subsequently it has been revealed that IDC still owns 80% and Amsted Rail are pulling out of whatever share they had, and the rolled and wire rod products division, which is owned by the Barnes Group. Even this shareholding is debateable and hard to find details on. 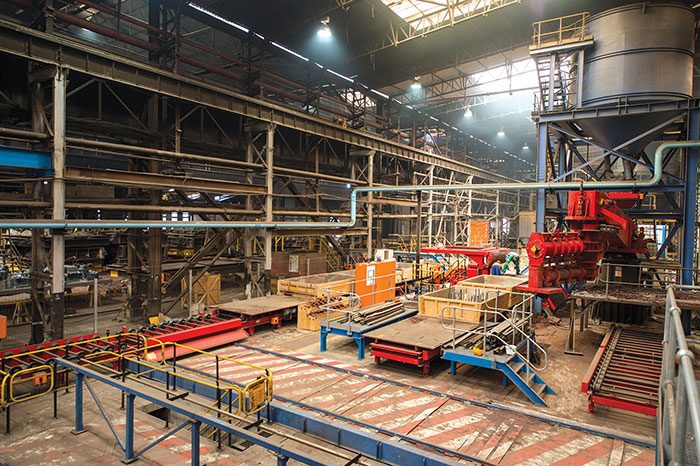 In 2021 GMSA completed a major investment in its melt shop plant at Union Junction, converting from electric arc furnace melting to induction furnace melting to reduce emissions to achieve environmental compliance, achieve quality improvements, reduce direct costs and enhance its safety incident awareness accordance. So it is highly unlikely that there are further major investments in the near future at the ball plant.

Cast Products South Africa is in business rescue and not so long ago there was a major investment in a new moulding line. It has superb facilities and equipment at most of the plant operations. I believe a strong management team that controls the procedures, costs and reduces the large scrap rates (over 50% in some cases I am told) will go a long way to saving the company.

So which Scaw Metals is it? It will be very interesting to find out because whatever is still operating under the name Scaw Metals and Scaw is a “significant subsidiary” of the Industrial Development Corp (IDC), which at one point held as much as a 100% stake in the company.

And the IDC, of course, is owned by the South African government.