Garth was born in 1958 in Springs, Gauteng. He was a typical naughty little boy who had a lot of fun building underground forts in his mom’s house. He had a tough upbringing as his parents divorced at a young age and he did not excel in school as he struggled with Afrikaans but did brilliantly at Math’s. Unfortunately, he only passed standard six at school but this did not slow him down in life. He had many challenges and trials and tribulations growing up but once he started working, he found his passion in life.

Garth began his foundry career in 1974 and he worked for a few different patternshops, including those run by Graham Wolmer and EC Edwards, as an apprentice before qualifying. Garth also worked for Joshua Door and a pump company and eventually decided to open up his own patternshop at home. His love of woodworking played an integral role in him becoming a patternmaker and as there was such a need for patternmakers in the industry, he could even further his studies and qualified as a registered trainer. 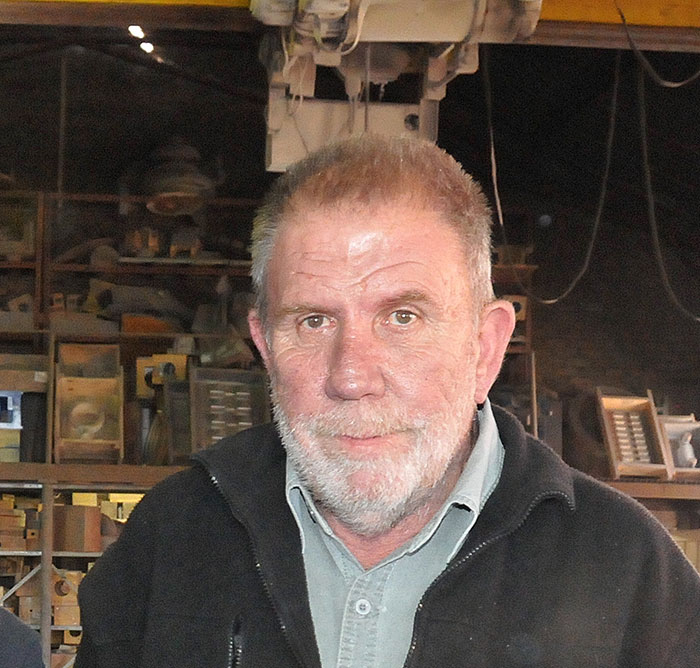 The late Garth Robins on the foundry floor of his company G.E Patterns & Foundry

Garth married Sandra Delport in 1981 and they had their first child, a baby girl named Pamela in 1982. This was followed by the birth of their son Christopher in 1984. Garth put everything he could into making his little patternshop work by working long hours and he then successfully expanded to a new shop in Boundary Road, Benoni, Gauteng to keep up with the demand of the patternmaking requirements at the time. G.E Patterns & Foundry is now located at Sallies Village, Brakpan, Gauteng.

Garth also initially acted as a middleman for selling castings and with much hard work, blood, sweat and beers he took the bold move in opening up his own foundry as his suppliers could not keep up with demand.

Garth had to deal with some sad moments in his life from losing his daughter in a car accident, to the difficulty of dealing with a mischievous son, one that reminded him of how he had been when he was a youngster, but he conquered all these challenges with a Hansa, Lion or Castle beer in his hand, not to mention running and owning a patternshop and foundry. Christopher later joined his dad in the business and will forever cherish his dad as not only being a father but as a mentor and friend as well. Christopher now runs G.E Patterns & Foundry and will continue to do so going forward. 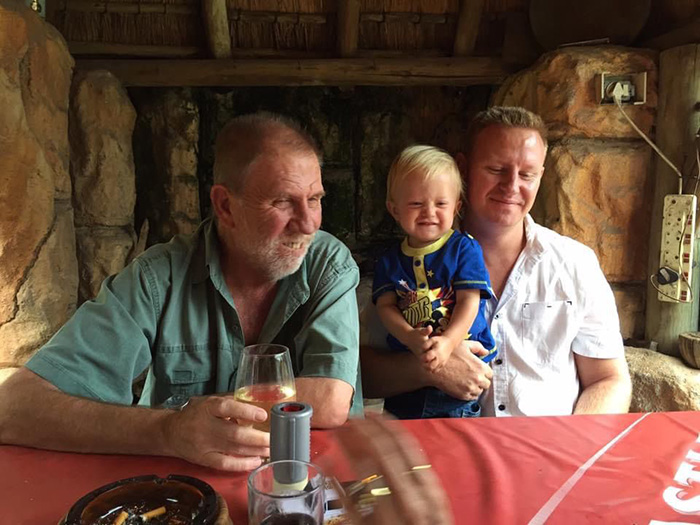 The late Garth Robins with his son Christopher and grandson Seth

Garth was a very social person and will be sorely missed by his wife Sandra, his son Christopher, daughter-in-law Megan, brother Tony and all his friends and family. His grandchildren were just getting to know him and Seth and Leah will miss him dearly.

Garth was a generous, humorous person with integrity and honesty. He helped many people through difficult times along the way, too many to mention. What he missed out in family he made up for in hard work and his own way of love.

He will be dearly missed and the loss has been difficult to deal with, but his legacy will be lived on through his son Christopher and grandchildren.